The wealth of individuals 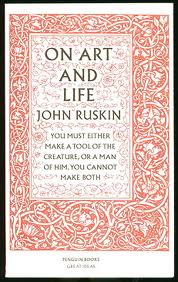 I love a great, non-marketing metaphor, which probably explains why I’ve been thinking a lot lately about this post from John Willshire about economic ideas from Adam Smith’s Wealth of Nations and their relevance to our marketing world today.

Economic antecedents for our current situation can be instructive, not least when they’re as delightfully counter-intuitive as this one: we’ve exhausted the manufacturing economy basis of marketing, and instead should adopt an economy modelled on an agrarian ideal. We should look back to go forward.

I would agree. The endlessly variegated and bewildering array of consumer choice is unsustainable. Capitalism has always concocted a finely balanced recipe of individual preference and mass availability. But, in marketing at least, customisation is the order of the day, and we may be seeing a return to a mode of value creation that emphasises the individual more than it has done in a while again.

I’ve written before about this shift. It replicates the sensibility of the arts and crafts movement from the nineteenth century – but this time with the means of production and distribution to make this achievable on a larger scale. The API as the new workshop.

The corollary to some of John’s excellent questions is: how do we make this work? The answer is essentially to do with how well we ready people who work in agencies for the change, or harness the potential of those already there.

How can we empower sometimes very large groups of people with the craft philosophy. When they need to work together, and work with others from outside the agency, who may have their own rules and conventions.

The handy thing, after all, about a manufacturing model is it gives clear structure and hierarchy, which when used in the right way can be liberating for people – they feel secure.

But if we can harness people’s power to think in the fluid, autonomous, T-shaped ways that channel the agrarian ideal, then we will also have to retain that intangible, but undeniably powerful, effect that occurs in the ‘spaces in between’ people working together.

These grey areas occur in the gaps between people’s boundaries of expertise and responsibility. And I believe it’s where all the best ideas come from. Where the connections are made.

And I think we can pursue the craftsman/agrarian model in a way that might address this.

But as great as Adam Smith is, I always turn to John Ruskin.

Inspiration to William Morris, the father of Arts & Crafts, Ruskin viewed labour, expression and art as being inextricably linked. His ideas power some of the views we find expressed in Seth Godin’s Linchpins – people’s work is their art, and their art is a gift to themselves and the people they work with.

In his essay The Nature of Gothic, Ruskin attempted to reclaim what was at the time a much-derided art form. He argued that its apparent messiness was its inherent quality. That all the mistakes, imperfections and additions were “signs of  the life and liberty of every workman who struck the stone; a freedom of thought such as no laws can secure“.

And Morris saw the essay’s significance thus: “the lesson Ruskin teaches us is that art is the expression of man’s pleasure in his labour.”

Ruskin is very clear on how this state of self-actualisation is achieved: “the labourer takes pleasure in his work when he is free from slavery.” But he also makes clear the sacrifice those with authority will have to make: “you can tell when this is the case when the work is imperfect. No good work can be perfect.” But anything less than freedom represents “the degradation of the operative into the machine.”

And therein lies the rub. To free everyone up, those in charge need to let go, regardless of the consequences.

“It is all our fault if people are tardy or torpid. But they cannot be strengthened unless we are content to take them in their feebleness, and unless we prize and honour them in their imperfection above the best and most perfect manual skill.

“And this is what we have to do with all our labourers; to look for the thoughtful part of them, and get that out of them, whatever we lose for it, whatever faults and errors we are obliged to take with it. For the best that is in them cannot manifest itself, but in company with much erro. Understand this clearly: you can teach a man to draw a straight line, to strike a curved line, and to copy any number of given lines or forms, with admirable speed and precision; and you can find his work perfect fof its kind: but if you ask him to think about any of those forms, to consider if he cannot find better in his own head, he stops; his execution becomes hesitating; he thinks, and ten to one he makes a mistake in the first touch he gives to his work as a thinking being.”But you have made a man of him for all that. He was only a machine before, an animated tool.”

I think agencies feel that risk intently, without always being able to envisage the reward – either for the person or the organisation. The benefit is far away, and hard to get to; we know how hard that is for people to reach for.

But Ruskin’s faith in people is inspiring, I think. There’s no soft-soaping of the initial loss, but the potential gain is immeasurable.

“Let him but begin to imagine, to think, to try anything with doing; and outcome all his roughness, all his dullness, all his incapability; shame upon shame, failure upon failure, pause upon pause: but out comes the whole majesty of him also.”

It takes a brave organisation to think like this. But the philosophy is based on how all this individual freedom comes together to create something greater than the sum of its parts. When the person in charge (in Ruskin’s case, the architect) cannot possibly assert total control of people’s own agency, there is no option but to embrace the imperfection, and in doing so create something that would be impossible on his own.

“Since the architect cannot execute with his own hand, he must either make slaves of his workmen, which is to degrade the work, or he must take his workmen as he finds them, and let them render their own weaknesses together, but render the whole work as noble as the intellect of the age can make it.“

In this context, Gothic becomes the perfect, crowd-sourced expression of his ideal. Each element is wrought by an individual, who is allowed free reign to express his art and own his labour. When taken together, with everyone’s additions and refinements taken as a piece, the Gothic building is a perfect realisation of communal effort and self-expression.

There’s something incredibly powerful in this: the whole is an the aggregation of numerous individual, incremental contributions – each provided by people with free reign to interpret, customise and build upon.

And in this sense, of course, we have our very own, modern-day ultimate Gothic construction: the internet.

I think we could do worse than base our future economy on the very construct that’s changing our business on a weekly basis. Now, I’m not saying that we should release everyone to go do shit work. But we should embrace the risk of failure, in an environment where numerous individual incremental contributions can add up to something organic and awesome.

Where this all comes together is if we accept that any individual’s work is by definition incomplete. Whether someone’s contribution is a try or a fail, it’s only ever the first step on a journey that doesn’t just benefit from lots of people, but categorically  needs them to turn it into something good.

And, and this finally is the point, it’s also the way things can happen naturally: ideas transmit between people, and develop over time. Electric Eden, a book by Rob Young about the last 100 years of British music, makes this point brilliantly in its analysis of folk music. 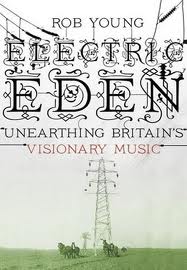 Young writes about Cecil Sharp, folklorist and song collector, who believed that folk songs are just that – property of the community, a product of the group mind over an immeasurable time span. He asserted that songs come to represent the taste and consensus of a community, “wholly free of the taint of manufacture, the canker of artificiality.”

Songs do have a sole author, Sharp admits. But it would be wrong to think of the ‘original’ as the authentic prototype; instead it’s the first draft – “the source from which [the song] has sprung.” And actually, every subsequent treatment of the song makes it more ‘real’, more ‘definitive’ – precisely because it now more accurately represents the community that owns it.

In fact, Sharp believed that folk songs exist in a state of perpetual renewal, and that it isn’t the ‘original’, but the transformations themselves that constitute the substance of the song.

And this isn’t only true for new versions of the material, but also for renditions: Sharp compares each rendition of a folk ballad to an acorn falling from a tree. “Each acorn is the produce of the new season’s growth; the song is re-sown with each utterance.”

There’s a belief at MEC that our culture should lead the structure, not the other way around. I think if we trust to people and the way ideas move, build and develop as they transmit between them, and are able to harness that dynamic, then we might not go too far wrong.